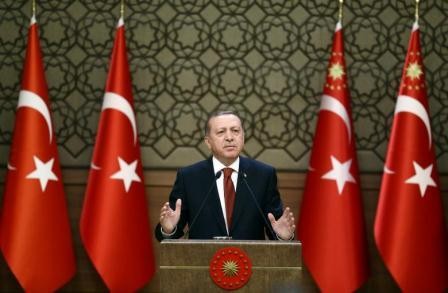 Turkey's military operation in northern Syria will target the town of Manbij, recently liberated from Islamic State by Kurdish-led forces, and the jihadists' stronghold of Raqqa after the town of al-Bab, President Tayyip Erdogan said on Thursday.

In a speech in Ankara broadcast live, Erdogan said he had informed U.S. President Barack Obama about the plans in a telephone call on Wednesday.

Erdogan also said that the Iraqi region of Sinjar, west of Mosul, was on its way to becoming a new base for Kurdistan Workers Party (PKK) militants and that Turkey would not allow this to happen.