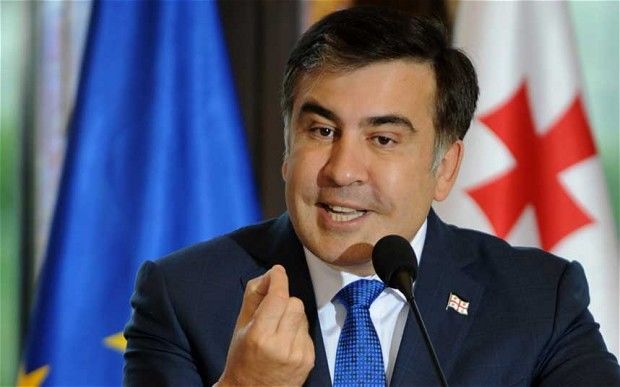 Former governor of Ukraine’s Odessa Region, Mikheil Saakashvili, claims that he is ready to set up a new party called Hvylya (Wave) for participation in early parliamentary elections.

"It may be established depending on whether there will be an early election," Saakashvili told Korrespondent magazine. Earlier, he had urged President Pyotr Poroshenko to call early parliamentary elections that might bring about a 90% renewal of the bodies of power. However, last April, Saakashvili claims, "a deal was clinched".

"(Arsen) Avakov has remained interior minister, while the post of deputy prosecutor general went to a man with a Popular Front background (Dmitry Storozhuk) to block criminal proceedings that might have been opened against (Arseny) Yatsenyuk (former Popular Front leader)," he said.

Saakashvili also said that Poroshenko at a certain point "openly invited him to take the prime-minister’s seat, the position of the leader of his party (Solidarity) and many other things," adding that he refused.

Poroshenko on Thursday signed a decree to dismiss Saakashvili from the post of the Odessa Region’s governor. Saakashvili had tendered his resignation because, he says, there were no chances of effectively fighting against corruption at a time when many top officials were involved in fraudulent schemes.

Georgia’s former president, Mikheil Saakashvili, left his home country in the middle of November 2013 several days before the expiration of his second term of office and inauguration of president-elect Georgy Margvelashvili (November 17, 2013). He has lived in the United States and Ukraine since. On the 30th of last May he was appointed the Odessa Region’s governor. On the same day he was granted Ukrainian citizenship.

In 2014 Saakashvili was charged by the Georgian authorities with a crackdown on peace protesters on November 7, 2007, illegal intrusion into the building of the Imedi television channel, misappropriation of assets that belonged to business tycoon Badri Patarkatsishvili, with masterminding an armed attack against parliament member Valery Gelashvili in 2005 and with squandering budget money in 2009-2012. The charges were brought against Saakashvili in his absence. The court ordered he should be remanded in custody. On December 4, 2015 President Margvelashvili signed an order to terminate Saakashvili’s Georgian citizenship because he had become the citizen of another country (Ukraine).