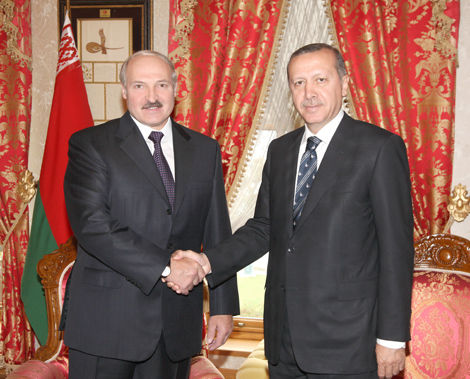 Turkey and Belarus can raise the bilateral trade turnover to $1 billion within a short period of time, Turkey's President Recep Tayyip Erdogan said during the one-on-one meeting with the Belarusian head of state Alexander Lukashenko.

"I think that it is not that difficult," the Turkish leader believes.

He also mentioned the fact that the inflow of Turkish investments to Belarus is rather big. These figures are expected to increase thanks to the high-level visit of the Turkish delegation.

Erdogan stressed that the delegation includes about 200 Turkish businessmen who will also take part in the Belarusian-Turkish business forum, BelTA reports.

The Turkish President noted that there is understanding between Belarus and Turkey on many political and economic issues.