Trump denies trying to get security for his children 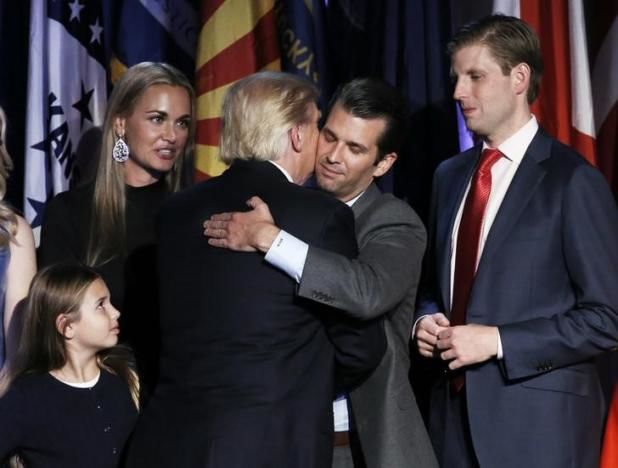 Republican President-elect Donald Trump said on Wednesday he was not trying to get security clearance for his children, which would allow them access to classified government information.

"I am not trying to get 'top level security clearance' for my children. This was a typically false news story," the New York real estate magnate said in a Twitter post.

Trump was referring to media reports on Monday that he was seeking security clearance for three of his children and his son-in-law.

Such clearance would allow Trump to discuss matters of national security with his daughter, Ivanka, sons Eric and Donald Jr. and son-in-law Jared Kushner. Federal law prohibits him from hiring family members to serve in his administration, but all four played key advisory roles through the campaign.

Trump has insisted that to avoid conflicts of interest, his children would run his sprawling business operations once he assumed the presidency.