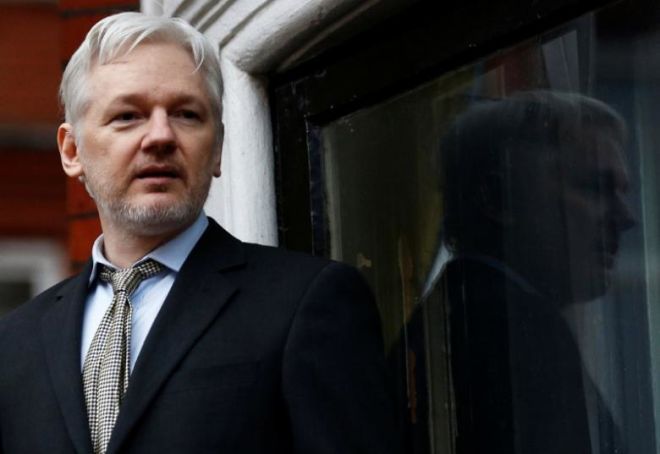 Ecuador said on Wednesday that WikiLeaks founder Julian Assange should receive guarantees that he will not be extradited if he faces justice in Sweden after four years of living in the South American nation's embassy in London.

Assange, who enraged Washington by publishing a flood of secret U.S. diplomatic cables, fled to the embassy for fear that Sweden could end up sending him on to the United States where he could face prison for leaking U.S. secrets.

"If we can obtain guarantees that Mr. Assange will not face extradition to the third country, I think it's fine for him to face Swedish justice - if there are charges, because are there still no charges," said Foreign Minister Guillaume Long in an interview with an Ecuadorean radio station.

Swedish Chief Prosecutor Ingrid Isgren spent several hours at the embassy on Tuesday where she posed questions through an Ecuadorian prosecutor, before leaving without making comment.

Assange, who has repeatedly denied the rape allegation, sought refuge in Ecuador's embassy in August 2012. He is wanted in Britain for breaching bail.