This is who will rebuild Syria after the war 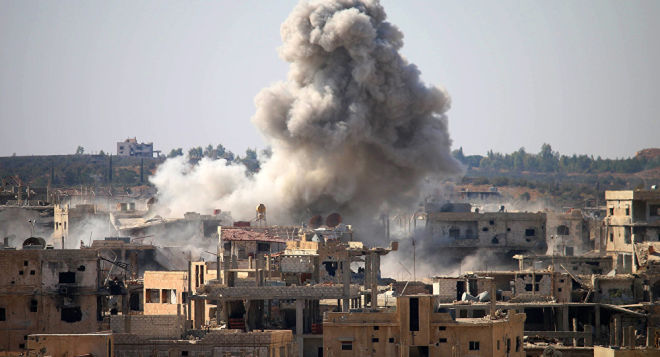 Not a single country is capable of restoring Syria, a country devastated by a nearly six-year-long war, on its own, Abdullah al-Dardari, the Deputy Executive Secretary of the UN Economic and Social Commission for Western Asia and former Deputy Prime Minister of Syria, told Gazeta.ru, adding that it should be a multilateral effort.

In late October, Putin suggested that the international community should work out a long-term comprehensive program to restore Middle Eastern nations shattered by domestic and foreign-led conflicts. He compared it to the Marshall Plan, an economic assistance initiative which was meant to rebuild Europe following World War II, due to the "mammoth scale of destruction" in the Middle East.

The UN official also explained why economic considerations should be taken into account during the peace process and not afterwards. "Parties to the conflict must understand that a military or a political victory in the Syrian conflict will not be enough. If there is a single winner in Syria, he will have to pay for all. He will bear the burden of economic responsibility for [the country's revival]," he noted. "This is why it has to be a comprehensive process which will unite all of the stakeholders." Dardari further said that both Russia and the United States could benefit from taking part in this process.

"Setting the Syrian economy back on track with the support of Russia and the US is not a zero-sum game. These are not mutually exclusive processes. I think that there are enough resources and space in Syria to satisfy economic interests of the US, Russia, regional stakeholders and most importantly the Syrian people."

Dardari also said that no one has a clear understanding of the scale of the damage in Syria. As a result, the international community is in the dark about the key challenges on the path to rebuilding the Arab nation.