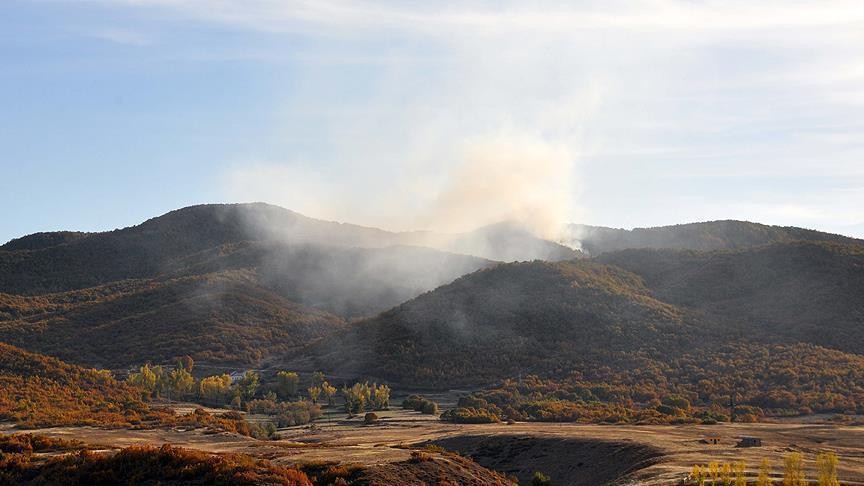 Turkish security forces "neutralized" 13 PKK terrorists during a clash in the southeastern province of Hakkari on Monday the country's General Staff said Tuesday.

The operation -- backed by the Turkish Air Force -- is ongoing in the province's rural Cukurca district.

In addition, PKK shelters and mortar emplacements in the Hisar and Guven Mountain areas of Cukurca were hit by airstrikes.

Separately, another PKK shelter in the eastern province of Erzurum was also destroyed.

The PKK -- listed as a terrorist organization by Turkey, the U.S. and the EU -- resumed its decades-old armed campaign in July last year.