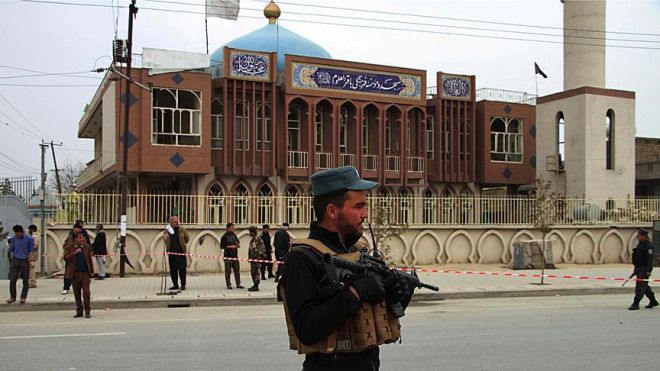 Turkey has "strongly" condemned Monday's suicide attack inside a Shia mosque in Afghanistan that left at least 27 people dead.

"We strongly condemn the outrageous terrorist attack targeting innocent civilians in the midst of worship, wish a speedy recovery to the wounded, and convey our condolences to the relatives of those who lost their lives, Afghanistan’s government, and the brotherly Afghan nation," said a Turkish Foreign Ministry statement Tuesday.

On Monday a suicide bomber detonated explosives inside the Baqar Ulom Mosque where Shia Muslim worshippers had gathered for a ritual mourning of the Prophet Muhammad's grandson Hussein.

At least 27 people died and more than 30 were wounded in the attack.

The statement reiterated Turkey’s solidarity with Afghanistan in the face of terrorism, adding, "We believe this attack will not accomplish its goal of sowing instability."