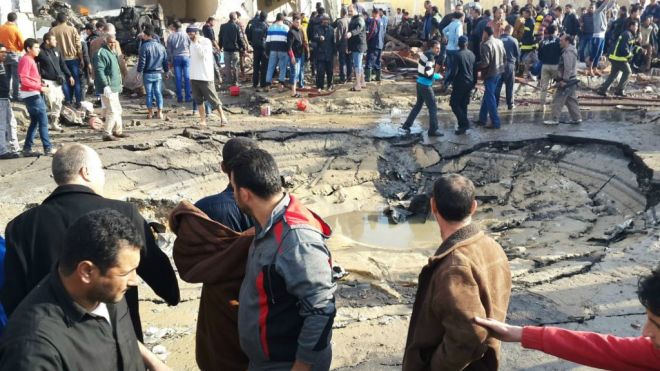 The death toll from an attack on an Egyptian military checkpoint on Thursday in the restive northern Sinai Peninsula has climbed to 11, medical sources said on Friday.

The military said late on Thursday that militants had killed eight soldiers and that it had killed three attackers. There was no claim of responsibility for the attack.

An Islamist insurgency in the rugged, thinly populated Sinai has gained pace since the military toppled President Mohamed Mursi of the Muslim Brotherhood, Egypt's oldest Islamist movement, in mid-2013 following mass protests against his rule.

The militant group staging the insurgency pledged allegiance to Islamic State in 2014 and adopted the name Sinai Province. It is blamed for the killing of hundreds of Egyptian soldiers and policemen since then.

"An armed group of terrorists elements attacked a checkpoint in North Sinai on Thursday night using four wheel drives rigged with explosives," the military said in its statement.

Medical sources said three more bodies were found on Friday, bringing the death toll to 11 soldiers out of the checkpoint's 31-strong force. Twelve soldiers were injured, six unharmed and the rest were missing.

Eyewitnesses said security forces set up several extra moving and static checkpoints in and around Arish city, the capital of North Sinai province, and were searching for the culprits. The attack took place south of Arish.