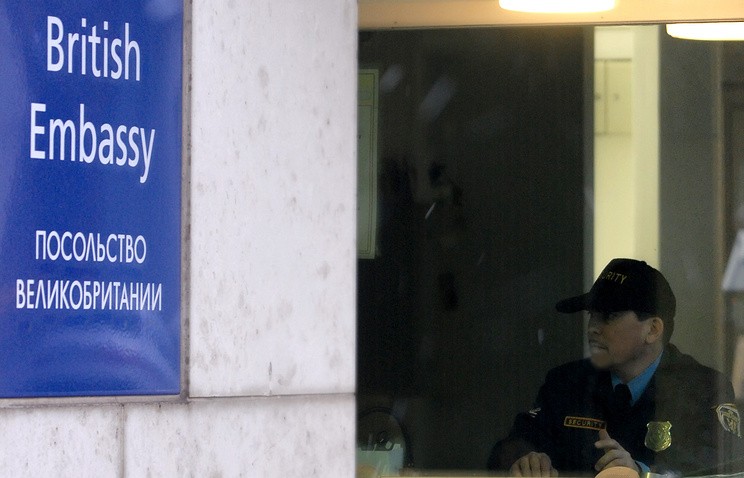 Moscow residents have held a protest rally outside the UK’s embassy.

On Friday evening, about 500 people came to the British embassy in Moscow to protest against Thursday’s action in London, TASS said.

On Thursday, British protesters blocked Russia’s embassy in London, dumping mannequin body parts outside it. Some people handcuffed themselves to the embassy’s gate. The action was staged in protest of Russia’s operation in Syria. Earlier, Foreign Secretary Boris Johnson had encouraged to hold protests outside the Russian diplomatic missions in the UK.

In Moscow, the protesters were holding banners in English and Russian: ‘No double standards,’ and ‘Our diplomats are untouchable.’ Apart from that, they put up boards with attached lists of the military operations British troops had been fighting in and sprinkled them with red paint symbolizing blood.

It was a second protest outside the UK’s embassy in Moscow.