ISIS rape survivor: He's my son, not theirs 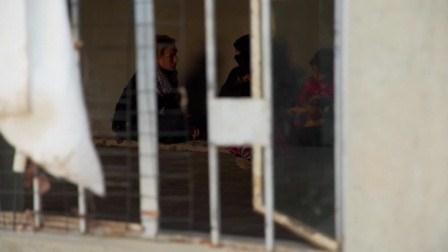 Umm Al'aa has made a vow: She will never tell her son who his father is.

Instead, Mohammed will grow up surrounded by the love of his mother and half-brothers and sisters.

He will never be told that his mother became pregnant with him when she was raped by an ISIS militant while being held captive by the terrorist group.

"He's my son, he's not the son of ISIS," she insists adding that he is just as much a part of the family as her other sons and daughters.

Umm Al'aa is a pseudonym; CNN is not identifying her to protect the family. Now 40 years old, she was already a mother and grandmother when ISIS took control of her hometown in 2014.

She says that while her neighbors supported the fighters, she and her family refused to pledge allegiance to the group, making them a target.

ISIS fighters regularly came to their home to threaten them into submission. On one occasion, they attacked her daughter.

"They came and beat [her]," she says. "They tore off her headscarf, they ripped her clothes.

A few days later, they cornered Umm Al'aa at the market.

"They told me to get in the car, and when I got in I thought they would slaughter me," she recalls.

But they had other plans.

"You will be our slave," she was told.

For a year and a half, she lived as a prisoner, "like a dead person, but they had not killed me yet."

Towards the end of her time in captivity, one of the militants beat and raped her.

By the time she was released she was pregnant with a son.

Determined to move on, and to forget the horrors she had experienced, she named the baby Mohammed, after her husband.

But the reunited family's happiness was short lived: Her husband was killed Tuesday amid battles on Mosul's eastern outskirts, where Iraqi and coalition forces are battling ISIS fighters.

"He loved me a lot. My best memory of him was how much he loved and respected me," she said. "Yes we are poor people, but we were happy."