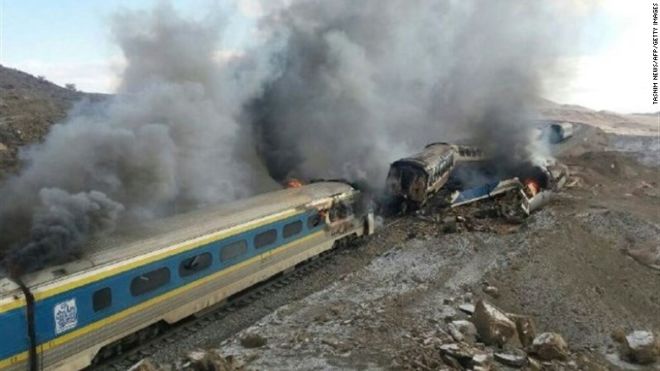 The head of Iran’s state-owned railway system has stepped down over a fatal collision between two passenger trains in the country’s north-central province of Semnan.

Mohsen Poor-Seyed Aghaie, president of the Islamic Republic of Iran Railways (RAI), appeared on state television on Saturday night and offered an apology to his fellow countrymen for the incident, which he blamed on “human error” and “wrong decisions.”

Aghaie further said there was apparently an error in the management section of the railways.

“Managers are obliged to take responsibility for the developments,” said the official. “Therefore, I officially resign besides apologizing to the honorable people of Iran over this bitter tragedy.”

He also expressed sympathy with the survivors and the bereaved families of the victims.