Putin and Rouhani agree to coordinate steps on oil market 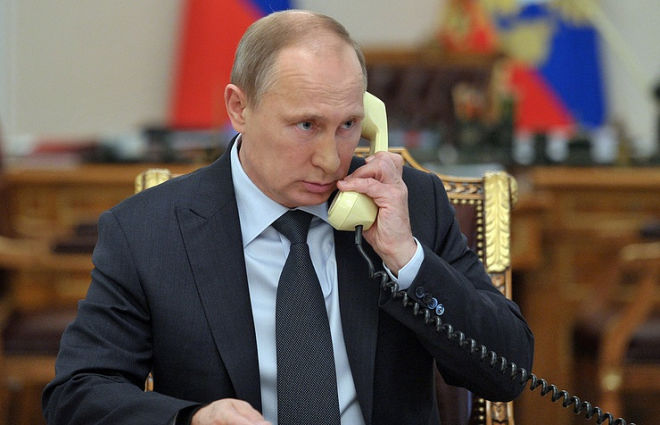 The leaders praised the level of interaction between Russia and Iran on the anti-terrorism track.

Russian President Vladimir Putin discussed with the President of Iran Hassan Rouhani current issues of bilateral cooperation, including priority joint projects in the trade and economy sphere, coordination of steps on global hydrocarbons market and settlement in Syria, press service of the Kremlin said on Monday.

"The Presidents agree to continue coordinating steps on the world’s hydrocarbons market, including within the framework of the energy dialog between Russia and the Organization of Petroleum Exporting Countries. Fundamental importance of measures undertaken by the OPEC to limit feedstock production as a key factor of the global oil market stabilization was noted," the press service said. "A high appraisal was given to the level of interaction between Russia and Iran on the anti-terrorism track. The understanding was reached to proceed with close joint activities for the purposes of supporting long-term normalization of the situation in Syria," the press service reported.

A lot of attention was paid during the conversation to current issues of bilateral cooperation, primarily the priority joint projects in the trade and economic sphere, the Kremlin said. Putin and Rouhani reviewed the progress in implementing arrangements reached at the meeting in Baku on August 8.

"Mutual disposition was expressed toward further multi-aspect development of bilateral ties, including support of positive dynamics of the bilateral trade turnover, which surged 80% in nine months of this year and amounted to $1.6 bln," the presidential press service said.

President Putin also expressed condolences in connection with the railway accident in Iran’s Semnan Province on November 25, which resulted in many fatalities.

The conversation took place on the initiative of the Iranian party.