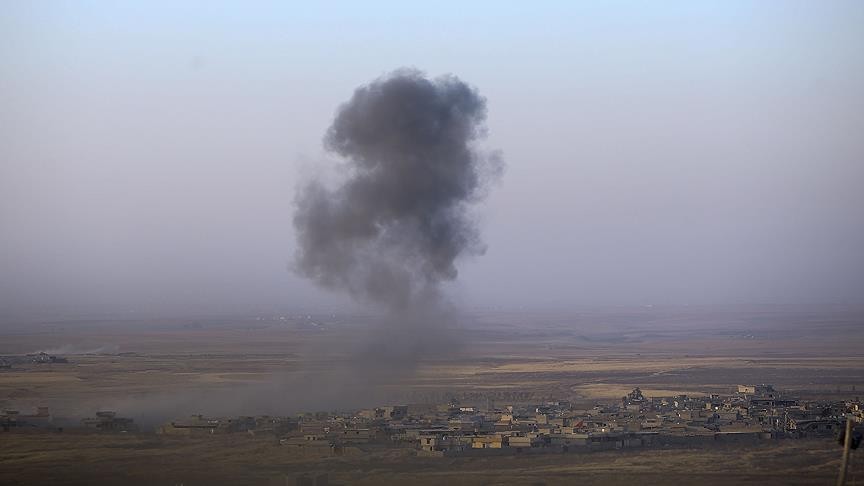 At least nine civilians were killed by an alleged airstrike of coalition forces in the Iraqi city of Mosul on Saturday, according to an Iraqi military source.

The source, who is one of the Iraqi army’s Mosul operations commander, said the airstrikes took place in Mosul's eastern Al-Shallalat area, which is considered the northern gateway into the city.

The dead included two women and three children, the source, who spoke anonymously due to security concerns, said.

The coalition warplanes attacked two houses, which did not contain any Daesh members, based on faulty intelligence, he added.

The operation to clean the terrorist Daesh group in Mosul began on Oct. 18 and the Iraqi army and federal police, Peshmerga forces, backed by the U.S.-led coalition are taking part in the campaign.

In mid-2014, Daesh captured Mosul, Iraq’s second-largest city, before overrunning vast swathes of territory in the country’s north and west.

Recent months have seen the Iraqi army, backed by local allies on the ground and the U.S.-led air coalition, retake much territory.

According to the International Organization for Migration (IOM), more than 22,000 people have been displaced since the beginning of the operations.