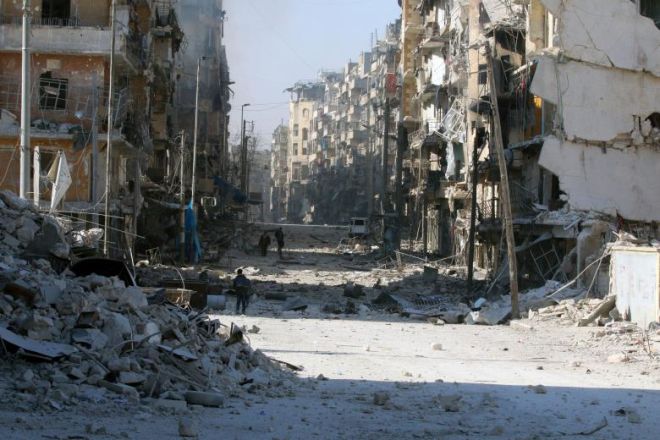 Syrian rebels were fighting pro-government militias on the southeastern edge of east Aleppo's opposition-held enclave on Tuesday, a rebel official said, as Damascus and its allies try to build on major gains in the city in recent days.

A major assault by government forces backed by allied militia has driven rebels from the northern part of their eastern Aleppo enclave and they now hold only two thirds of the area they had held for years in the city.

"There are no new advances (by government forces) but the bombardment and battles are still fierce, particularly in Aziza," an official in the Jabha Shamiya rebel group told Reuters. The official said there was a large mobilization of pro-government militias in the area on Monday night.

Jabha Shamiya is one of the main rebel groups in Aleppo.