US troopers pictured near Raqqa 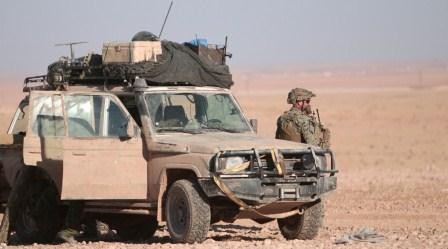 An Arabic crew of Russia Today has photographed the US soldiers near the Syrian city of Raqqa, which is currently held by ISIL terrorists.

On Sunday, the Syrian Democratic Forces (SDF) announced the start of the operation to liberate the city.

US soldiers wearing helmets and bulletproof vests have been spotted by an RT Arabic crew near the Syrian city of Raqqa. The troopers were photographed standing near several vehicles. It is however not clear what exact units the troopers belonged to and whether they have been on any particular mission at that time.