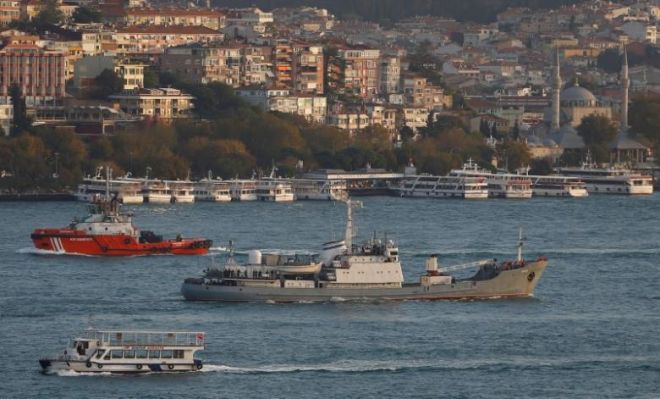 Warships from Russia's Black Sea Fleet have taken up position off Crimea's western coastline to help strengthen the peninsula's air defenses in response to the start of Ukrainian missile tests nearby.

"Warships of the Black Sea Fleet ... have taken up positions near Crimea's western coast for the duration of Ukraine's planned missile tests from Dec. 1-2," a military source in Crimea told.

"The ship's air defense units have been put on a higher state of alert. Their equipment is designed in the first instance to shoot down heavy anti-ship missiles and cruise missiles. Together with land-based air defense units on the peninsula, the ships have thrown up a practically impenetrable shield against the enemy's rockets."

Vladimir Krizhanovsky, a Ukrainian military official, earlier on Thursday told the 112 TV channel that the exercises had begun and that everything was going smoothly.

"The tests are being carried out in accordance with international law," said Krizhanovsky. He said they were taking place at least 30 kilometers (18.64 miles) from Crimean air space. "Therefore it would be wrong to reproach Ukraine," he said.