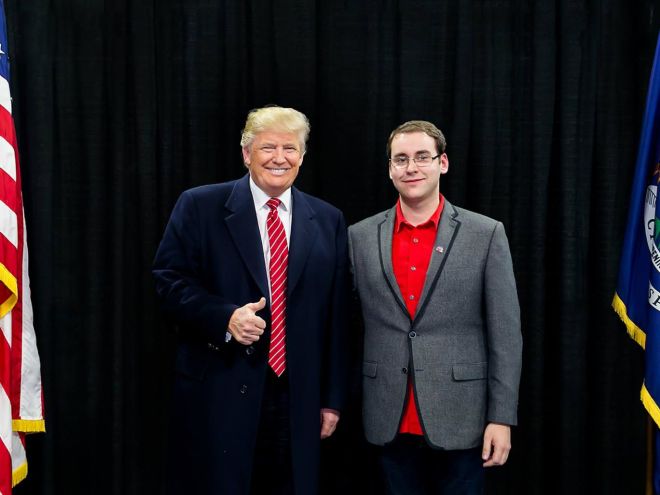 A man who worked on Donald Trump’s campaign in Michigan has been found guilty on 10 counts of election fraud.

Brandon Hall, a political activist, forged signatures on petition forms in 2012 and now faces up to five years in prison.

The 27-year-old from Grand Haven, along with his friend Zachary Savage, forged signatures in support of judicial candidate Chris Houtaling.

Mr Savage received immunity from charges by the Attorney General’s Office in exchange for his testimony in this case, according to Grand Haven Tribune.

The High Court overturned the Michigan Court of Appeals and Hall was charged with felony, despite his defence arguing he should face misdemeanour charges due to a statement printed on the petitions.

Hall and Mr Houtaling met when they were members of the Grand Haven school board, but Hall was forced to resign from the position after being convinced of stealing from a school fundraiser.

He also ran for the state House earlier this year for the 89th District seat but was defeated in the Republican primary in August.

In a statement, Progress Michigan, a group that holds public officials to account, said Hall’s conviction was proof that a recount of the votes cast in the US presidential election was needed in the state.

“Donald Trump has made claim after claim calling the integrity of the election into question, but his Michigan campaign had no problem hiring a staff member facing election law charges,” executive director Lonnie Scott said, Grand Haven Tribune reported.

“The fact that the Trump campaign and the Michigan Republican Party embraced Brandon Hall is just one more reason to recount and audit the vote in Michigan.”