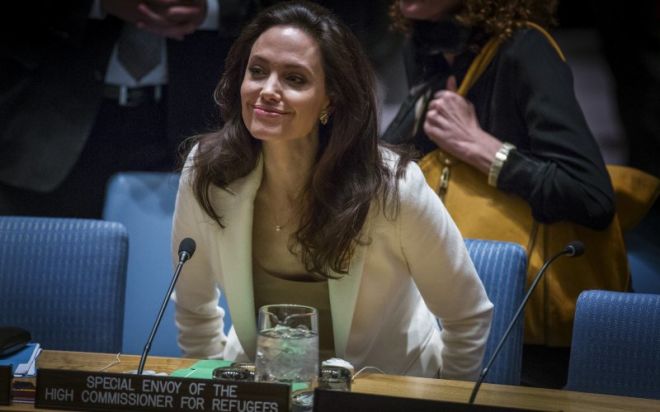 Angelina Jolie is said to be plotting an unlikely diplomatic career that could end with her dream job at the United Nations. A report claims she is ditching Brad Pitt and the U.S. to bolster her credentials in London.

After Boutros Boutros-Ghali, Kofi Annan, and Ban Ki-moon, could secretary-general of the United Nations be Angelina Jolie’s next starring role?

That intriguing possibility has been raised by the gossip website TMZ, which claims to have been briefed that Jolie’s claim that Brad Pitt was physically abusive to at least one of their kids and her fight for sole custody of the children was part of a bigger strategy to move to London to bolster her diplomatic résumé and later to take on one of the highest profile jobs on the planet.

Jolie’s reps have stoutly denied the claim, telling TMZ that there is no move planned, that Angelina is focused on the health and well being of her children, and that “Angelina wants to continue therapy with the kids and Brad.”