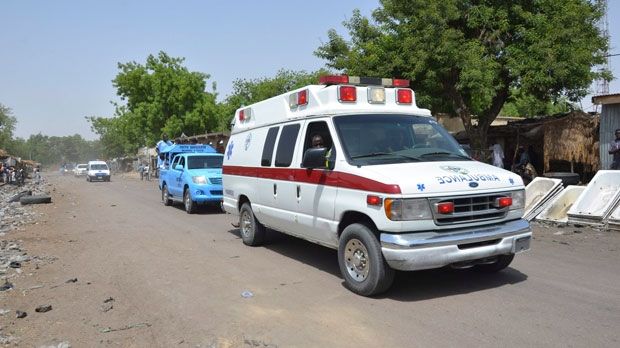 Two women suicide bombers blew themselves up at a bustling market in northeast Nigeria's Madagali town on Friday morning, killing at least 30 people and wounding 67, an army spokesman told The Associated Press.

Axar.az informs, the attack comes as Nigeria's government claims it is routing the Boko Haram Islamic extremists blamed for the blasts.

The explosions occurred on the edge of the extremist group's Sambisa Forest stronghold, which Nigeria's military has been bombing ahead of ground assaults. Since the military has dislodged the insurgents from towns and villages this year, they have been attacking soft targets.

Madagali was liberated last year after months in the hands of Boko Haram. It is 150 kilometres (95 miles) southeast of the biggest northeastern city, Maiduguri.

Friday's blasts struck simultaneously at opposite ends of the market selling grains and vegetables, according to Ahmadu Gulak, a driver who was buying tea there.

Rescue workers evacuated the bodies of 30 people and took 67 wounded victims to a nearby hospital, an army spokesman, Maj. Badere Akintoye, said.