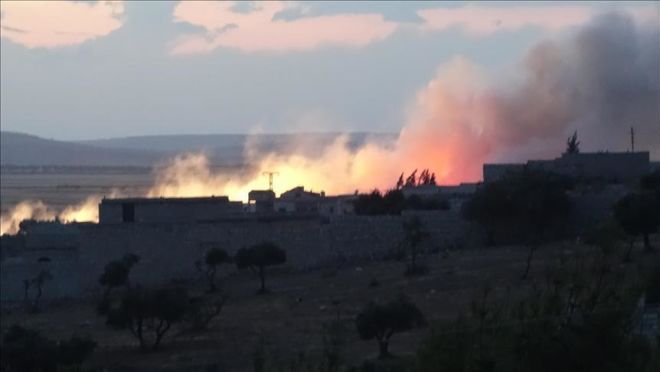 The strike Thursday was “the largest air strike of its kind to date”, the military said.

"The Coalition continues to forcefully prosecute the air war on ISIL revenue capability," said coalition spokesman Col. John Dorrian. "When ISIL has access to large sums of money, they use it to conduct violent terror attacks against anyone who doesn't share their barbaric ideology."

The U.S. military estimates the strike resulted in the loss of more than $2 million in revenue.

Central Command also released a video footage of airstrikes on the trucks.

The coalition targeted more than 1,000 Daesh oil tankers since last year, according to the Pentagon.