Battle for Aleppo is over as rebels withdraw - Video 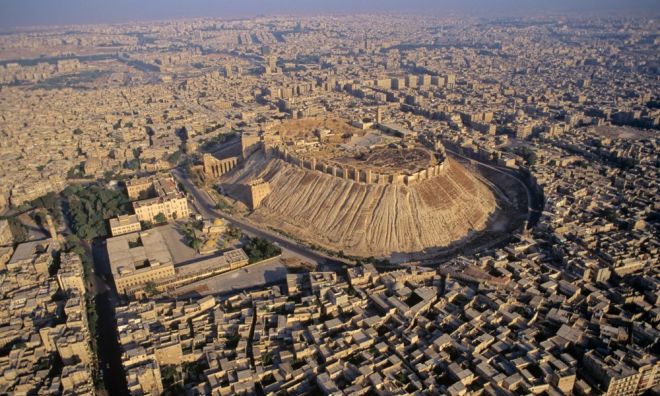 The battle for the Syrian city of Aleppo has reportedly ended after rebels withdrew from six remaining districts in the opposition-held east of the city.

Rami Abdel Rahman, head of the UK-based monitor the Syrian Observatory for Human Rights, said: “It is just a matter of a small period of time until it's a total collapse."

The Syrian military claimed to have taken control of 98 per cent of rebel-held east Aleppo early on Monday morning after seizing the large industrial district of Sheikh Saeed.

"They [the rebels] don't have much time. They either have to surrender or die," Lieutenant General Zaid al-Saleh, head of the government's Aleppo security committee, told reporters, adding that he expected the battle to end quickly.

Rebel fighters are now confined to tiny pockets in the south-east of the city after withdrawing from the east side of the Aleppo river following the loss of Sheikh Saeed. “The situation is extremely difficult today,” said Zakaria Malahifji of the Fastaqim rebel group.

Several last-minute UN, US and Russian-backed attempts to broker a humanitarian ceasefire in the decimated city failed.

The approximately 8,000 rebels – among them al-Qaeda affiliated fighters – and 250,000 civilians in the area have been cut off from reinforcements, aid and food supplies since August.

An intense Russian-backed bombing campaign that began in September has killed hundreds of people, destroyed medical infrastructure and brought residents in the rebel enclave to their knees.

Thousands of people have fled the siege barricades since the aerial attack intensified two weeks ago. Approximately 10,000 people are thought to have gone to regime or Kurdish-held territory in the last 24 hours, and the exact number of people left in the area is unknown.

“Families got together awaiting death together. This is what's happening,” one activist wrote in a Whatsapp message to journalists on Monday.

President Bashar al-Assad is now close to retaking the entire city of Aleppo, which has been contested since 2012 and seen some of the almost six-year-long conflict's fiercest fighting. Aleppo would be a major victory for the government, removing the last US-backed rebel groups from Syria's urban centres.

Yet the complex war – which according to the UN has killed more than 400,000 people and left half the country displaced from their homes – is far from over.

Mr Assad still faces Sunni opposition in the north and south of Syria, and Isis, despite military setbacks and heavy US-led coalition and Russian bombing, managed to retake the ancient city of Palmyra over the weekend.