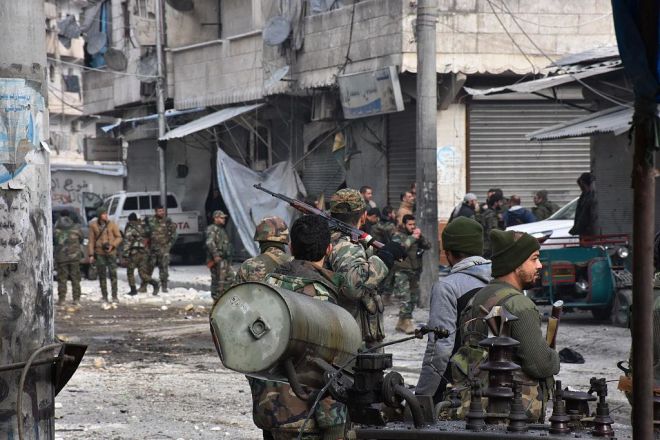 Militia forces loyal to Syrian President Bashar al-Assad have entered homes and killed at least 82 civilians in east Aleppo during their advance on rebel-held territory, the UN says.

A spokesperson for the UN's human rights office said that reliable sources had confirmed 82 non-combatants were shot in four different neighbourhoods overnight on Tuesday.

There has been a "complete meltdown of humanity in Aleppo," he added.

The Syrian government is close to victory in the divided city after more than four years of fighting, with rebel opposition relegated to tiny pockets of opposition. Around 100,000 civilians are still thought to be trapped by fighting in rebel areas.