2 Israeli policemen were stabbed with screwdriver 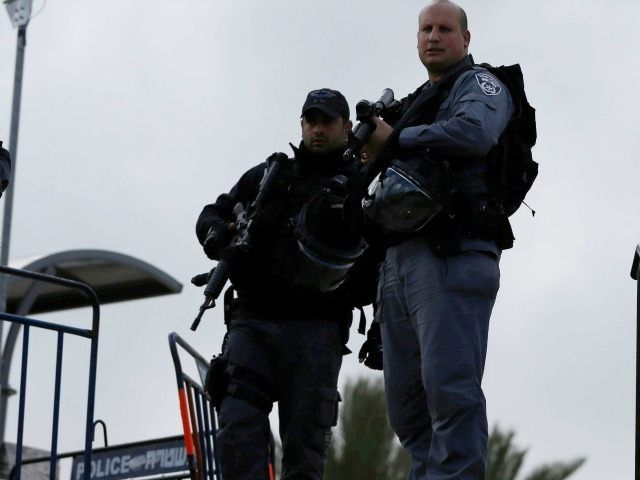 A Palestinian youth wielding a screwdriver stabbed and lightly wounded two Israeli police officers on Wednesday in Jerusalem's Old City before he was shot and critically wounded, Israeli police said.

The 21-year-old Palestinian stabbed one of the officers in the head, police spokesman Micky Rosenfeld said. Officers shot and critically wounded the attacker, who was then taken to an Israeli hospital for treatment, Rosenfeld said. The officers who were lightly wounded were from Israel's paramilitary border police and the national police.

The attack took place near the Austrian Hospice guesthouse in the Muslim quarter of the Old City. Police sent reporters a photo of a red screwdriver, strewn on a stone staircase, that they said was used in the attack.

Police said the Palestinian was from the West Bank city of Hebron.

Since last year, Palestinian attackers have killed 36 Israelis and two visiting Americans in stabbings, shootings and car ramming attacks. During the same period, 228 Palestinians have been killed by Israeli fire. Israel says most of the Palestinians killed were attackers while the rest died in clashes with troops.

Israel says the violence is driven by a Palestinian campaign of incitement, while Palestinians say it's the result of nearly 50 years of Israeli occupation and dwindling hopes for an independent state.