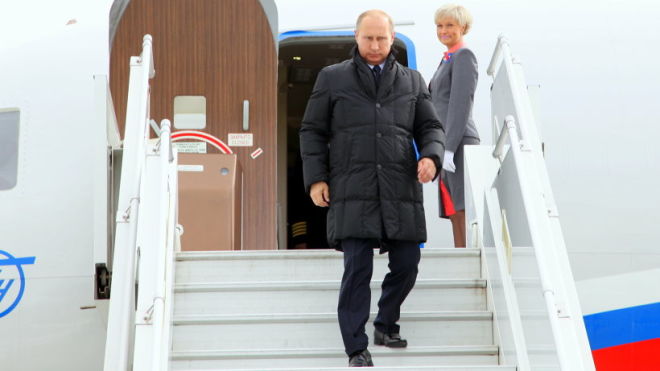 Russian President Vladimir Putin has landed at an airport in western Japan for a two-day summit meeting with Japanese Prime Minister Shinzo Abe.

His Rossiya Airlines plane touched down at 4:50 p.m. at Yamaguchi Ube Airport on the coast of western Japan. He and Abe are meeting at a hot springs resort in Nagato, the ancestral hometown of the Japanese prime minister.

The visit is Putin's first official one to a G-7 country since Russia annexed Crimea in 2014, and the G-7 nations imposed sanctions on Russia.

Abe invited Putin in hopes of making progress on a longstanding territorial dispute between the two countries that has prevented them from signing a peace treaty formally ending World War II.