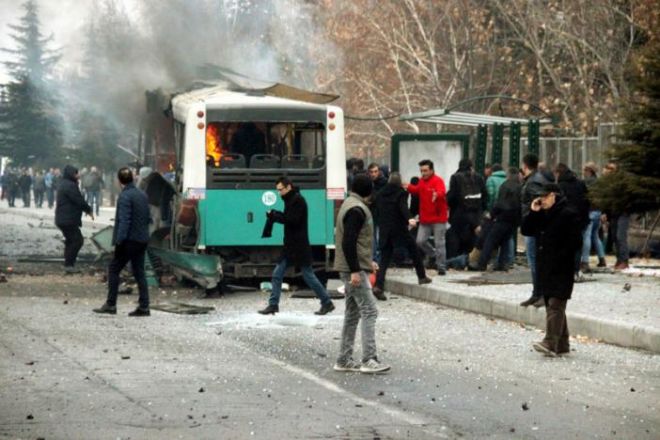 A car bomb killed 13 soldiers and wounded 56 when it ripped through a bus carrying off-duty military personnel in the central Turkish city of Kayseri on Saturday, an attack President Tayyip Erdogan blamed on Kurdish militants.

Axar.az informs, the blast near a university campus comes a week after deadly twin bombings targeted police in Istanbul and may further infuriate a public smarting from multiple attacks by Islamic and Kurdish militants this year, and a failed coup in July.

It could also increase tension in the mainly Kurdish southeast, where militants from the Kurdistan Workers Party (PKK) have waged a three-decade violent insurgency that has seen some of the worst fighting in the last year.

"The style and goals of the attacks clearly show the aim of the separatist terrorist organization is to trip up Turkey, cut its strength and have it focus its energy and forces elsewhere," Erdogan said in a statement.