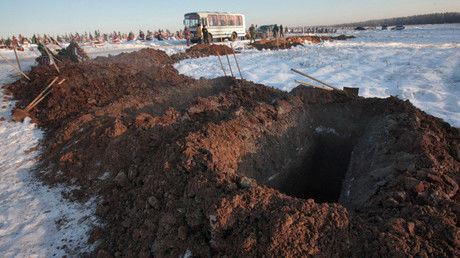 As the death toll from people drinking bath lotion passes into the dozens, Russian officials declared a state of emergency in the Siberian city of Irkutsk on Monday.

Axar.az informs, officials have announced a total of 48 deaths in the case, and the total could rise still.

The sale of lotions and tinctures containing alcohol has been on the rise in recent years in Russia as the country’s economy has struggled in the face of the sanctions and a slide in oil prices. The country has infamously struggled with managing alcoholism, and poisonings involving cheap surrogate alcohol are a regular occurrence, but the Irkutsk case is the deadliest such incident in years.

President Vladimir Putin’s spokesman described the mass poisoning as a “terrible tragedy,” adding that the president was being briefed about the situation. Irkutsk’s regional government said the victims had died of methanol poisoning after consuming the bath lotion. The death toll has grown quickly since Sunday, and at least 15 remain hospitalized in a grave condition, officials said.

At a cabinet meeting on Monday, Prime Minister Dmitry said authorities need to quickly ban such substances. “It’s an outrage, and we need to put an end to this,” he said in televised remarks.