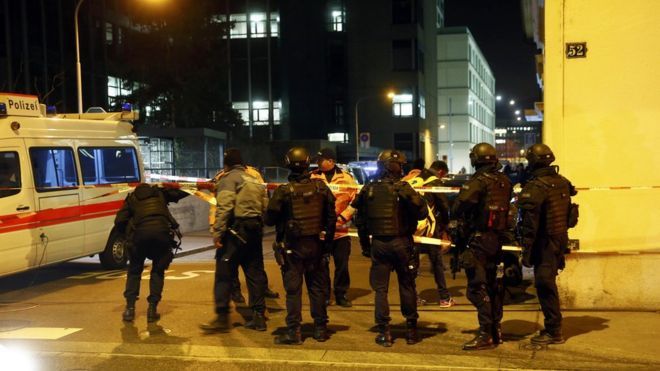 Three people have been hurt in a gun attack near a Muslim prayer centre in the Swiss city of Zurich.

Axar.az informs, police confirmed an operation was under way in a street close to the city's main station.

Swiss reports said the three wounded were all adults who had been found in Eisgasse, a small street where an Islamic centre is based. There was no indication who carried out the shooting but local media said the attacker had fled the scene.