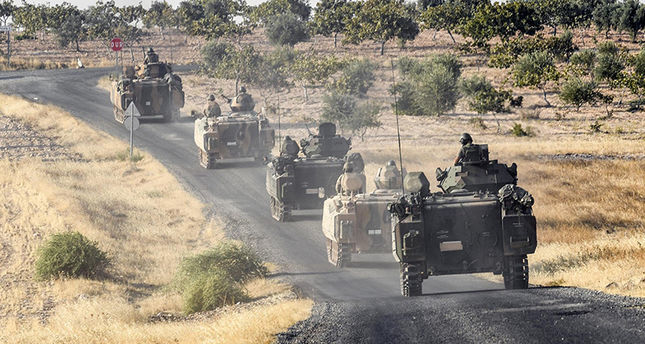 Four Turkish soldiers and an FSA fighter were injured when the vehicle they were travelling in was damaged by a roadside blast, while 15 Daesh terrorists were killed during the clashes.