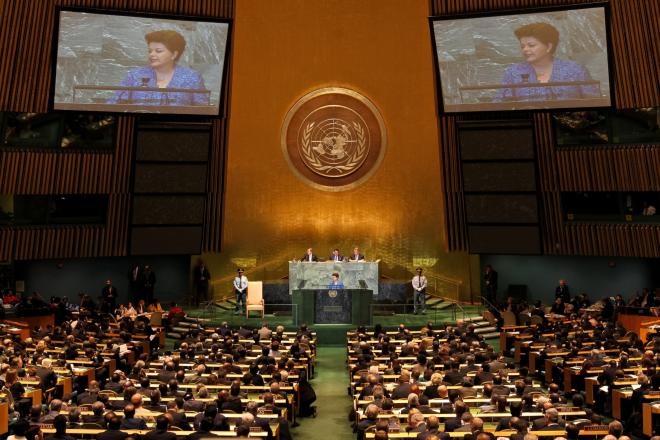 The resolution on Missing Persons initiated by the Republic of Azerbaijan was adopted by consensus in the plenary meeting of the UN General Assembly on December 19, 2016. 60 countries joined the resolution as co-authors.

Axar.az informs, the resolution traditionally initiated by Azerbaijan calls upon the states that are parties to an armed conflict to strictly observe and to respect the rules of international humanitarian law, to take all appropriate measures to prevent persons from going missing and to determine the identity and fate of persons reported missing in connection with the armed conflict and to provide their family members with all relevant information that they have on their fate.

In this context, the resolution requests the states to pay the outmost attention to cases of children reported missing in connection with the armed conflict.

In the resolution, it is also requested the Secretary-General to submit a comprehensive report to the 73rd Session (2018) of the General Assembly and the relevant session of the UN Human Rights Council on the implementation of the present resolution.