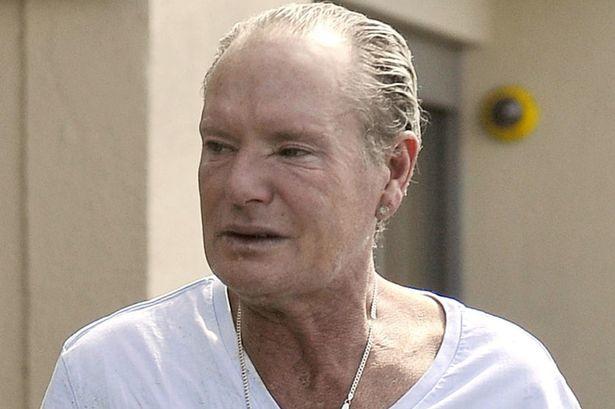 Former England footballer Paul Gascoigne has been hospitalised after a drunken row at a London hotel, witnesses claim.

Gazza, who has battled alcoholism since his playing days, was rushed to a hospital in east London with a head wound, according to reports.

Police said they were called to the boutique Ace Hotel in trendy Shoreditch after reports a man was assaulted and one man was taken to hospital.

Staff would not comment but witnesses described how Gascogine was in a 'tragic' state and throwing money around at the hotel, were suites cost £539 a night.

Alvin Carpio posted on Twitter: 'This may be one of the weirdest tweets that I've sent.

'I'm in Ace Hotel trying to read but can't because Paul Gascoigne is behind me causing trouble.'

He added moments later: 'It gets crazier: Gazza has just been kicked down the stairs by a guy whose friend got slapped by him. He really isn't in a good place.

'It's a sad state: He's been spitting, making racist remarks & groping women, all while throwing around £ notes.'

He wrote: 'The police have arrived. I think they're sorting things out.'

'To see a guy who once peaked his profession like this is tragic.'

Another witness posted on Facebook: 'What a shame. Looks like he might be the next to go before the years out. If what I saw today is anything to go by [sic].

A police spokesman confirmed: 'Police were called at 18:05hrs on Tuesday, 27 December to reports of a disturbance at a hotel on Shoreditch High Street, E1.

'Officers were called a short time later to reports of a man assaulted at the same location.

'Officers and the London Ambulance Service attended. A 49-year-old man was found suffering from a head injury.

'The man has been taken to an east London hospital where he remains in a stable condition.

'There have been no arrests and enquiries continue.'

The ex-footballer's spokesman Terry Baker told The Mirror that he was supposed to be traveling from Newcastle to Bournemouth today.

He told The Mirror he had been 'been taken to hospital because he has a head wound,' adding: 'He hasn't been arrested. He's about to be released and sent home'.