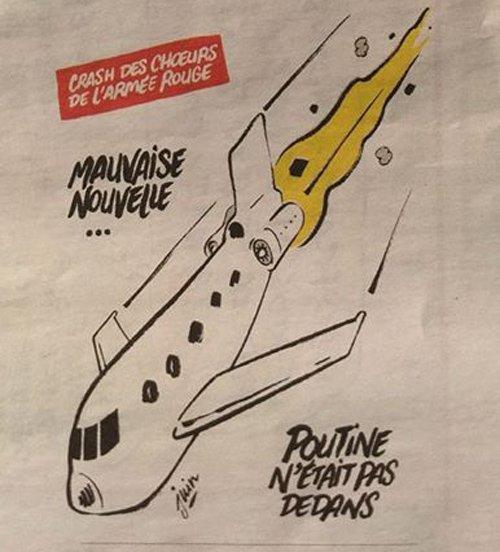 French satirical magazine Charlie Hebdo in a new issue of 28 December published cartoons of the crash of the Tu-154 Russian Defense Ministry in the Black Sea.

Axar.az reports that, photos from the latest issue of the caricatures were published on Twitter.

The figure shows the falling aircraft and it is in the military, uttering the sound "ah-ah-ah-ah."

"The repertoire of the choir expands military" - says the caption to the cartoon.

The second cartoon, dedicated to the Tu-154, also shows a falling plane, but on the other the inscription: "Bad news ... Putin was not there"