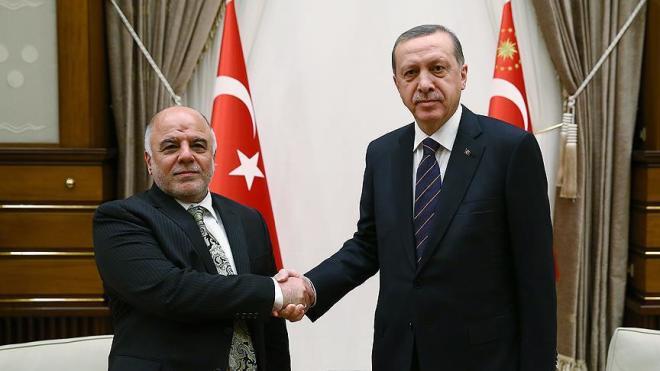 Axar.az reports that, Erdogan, in a phone call with Abadi, congratulated the Iraqi prime minister on the progress on the ground against so-called Islamic State (IS), a government statement said.
Turkey is ready to place all capabilities to support Iraq in its war against IS which was tarnishing image of Islam, it added.
Turkey is looking forward for a new Iraqi victory in Mosul, and this will be a message to those who wanted to undermine relations between Ankara and Baghdad, said Erdogan.
Abadi, according to the statement, called for the respect of the Iraqi sovereignty and defusing all causes of tension with Turkey.
He said people of the region should join hands against terrorism.
This is the first phone call between the two leaders since crisis of the Turkish forces deployment in the camp of Bashiqa, near Mosul.
Turkey and Russia co-brokered a ceasefire agreement in Syria which the two countries wished would pave way for a lasting peace in the conflict-torn country.