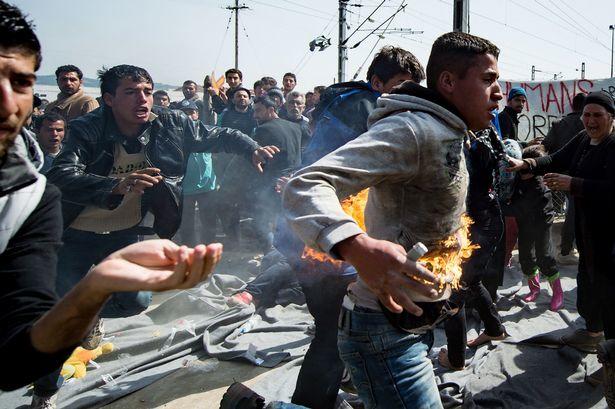 A 19-year-old Afghan asylum seeker was in a serious condition in hospital on Monday after he poured petrol over himself and set himself on fire in a supermarket warehouse in a town in the southern state of Bavaria.

Axar.az reports that, the fire was quickly extinguished but the asylum seeker suffered severe burns before he was rushed to hospital, according to police.

"The motive of the man is currently unclear," police said.

They said that he was also carrying knife, but he did not use it.

He had earlier purchased the petrol at a petrol station, police said.