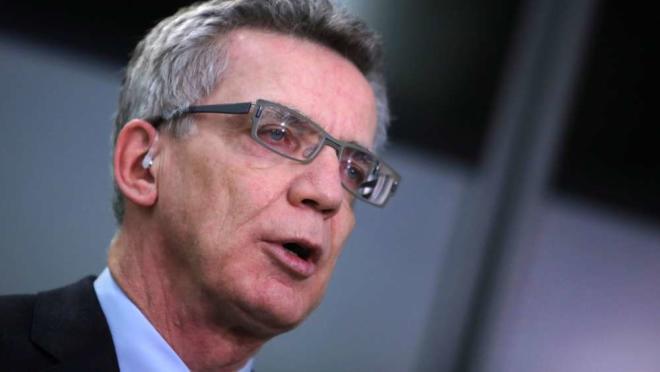 Anis Amri, the prime suspect in the Christmas market attack that killed 12 people, is a Tunisian asylum-seeker who’se application was rejected. He was supposed to be deported from Germany but the process stalled because the man reportedly didn’t have documents that could have confirmed his identity. Islamic State later claimed responsibility for the attack.

De Maiziere put forward the idea of creating federal “deportation centres” near airports where people who have been told to leave Germany could live before being deported.

German state authorities are currently handling deportations, but De Maiziere wants to give more powers to Berlin and is calling for a “reorganization” of Germany’s security structures.

Each state has its own branch of intelligence service along with federal offices. The interior minister is calling for all intelligence agencies to be placed under Berlin’s control.

“As far as constitutional protection is concerned, we should discuss bringing the entire task into the federal administration,” de Maiziere, a member of Chancellor Angela Merkel’s conservative Christian Democratic Union party (CDU), wrote, according to FAZ.

De Maiziere stressed that in order to limit new immigration influxes, requirements for the so-called “safe” third countries should be eased and allow for possible deals, such as the one between the EU, Turkey and North African countries.

The interior minister also said the Federal Criminal Police Office (BKA) should be considerably strengthened. He also wants the geographic boundaries during searches stretching only 30km out of a federal state territory to be removed and calls for search operations to be expanded nationwide.

Speaking of the security in the European Union on the whole, de Maiziere said the bloc needs “real mass-influx mechanism” for quicker handling of large numbers of refugees.

It’s not yet clear whether the minister’s ideas could gain enough support since German federal states are known to be reluctant to give up power.

Meanwhile, a new report released by the EU statistics office, Eurostat, shows that Germany has processed around 420,000 asylum requests between January and September 2016 – more than the other 27 EU countries combined.

Around two-thirds of all 988,000 requests were filed in Germany. The exact figures of requests vary, with Eurostat putting the number at 612,000 while Germany’s Federal Interior Ministry claims it is 658,000.