The next IS leader killed 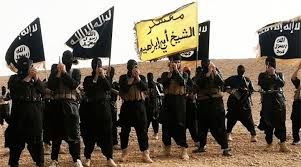 The U.S.-based coalition has killed a senior ISIS facilitator in an airstrike in the extremists' self-proclaimed capital of Raqqa, the U.S. military command in the region said Friday.

Axar.az reports that, Centcom identified the target as Mahmud al-Isawi, an ISIS operative who managed instructions and finances for ISIS leaders and provided propaganda and intelligence support.

He was killed on Dec. 31, making him the 16th significant member of the network's external operations killed last year.

The longtime ISIS member provided to the group's media and intelligence in Fallujah prior to his move to Raqqa.

He also facilitated transregional travel with other ISIS operators and had what CENTCOM dubbed a "close working and personal relationship" with Abd al-Basit al-Iraqi, emir of the group's Middle East attack network who was slain in a coalition airstrike on Nov. 2.