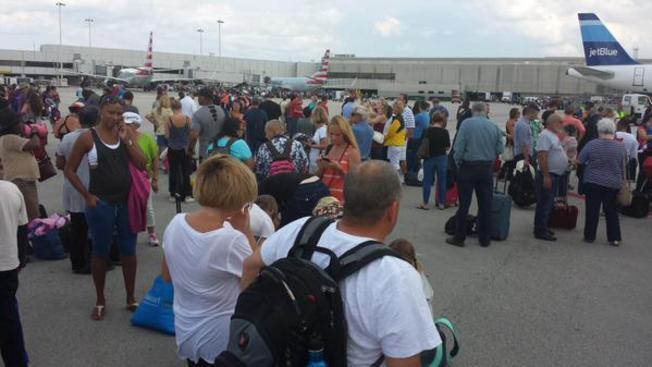 Nine people have been shot, three fatally and a suspect is in custody after an incident at Fort Lauderdale-Hollywood International Airport in Florida, according to MSNBC citing unnamed police sources.

There is an ongoing incident in Terminal 2, Baggage Claim. Media availability is at the staging area.

"Multiple people" have been shot dead by a lone gunman at Fort Lauderdale airport in Florida, say officials.

There were several people dead and one person in custody, Broward Sheriff's office said in a tweet.

Hundreds of people were standing on the tarmac as dozens of police cars and ambulances rushed to the scene.
Police received a call just before 1300 local time (1800 GMT) about shots fired at Terminal Drive.