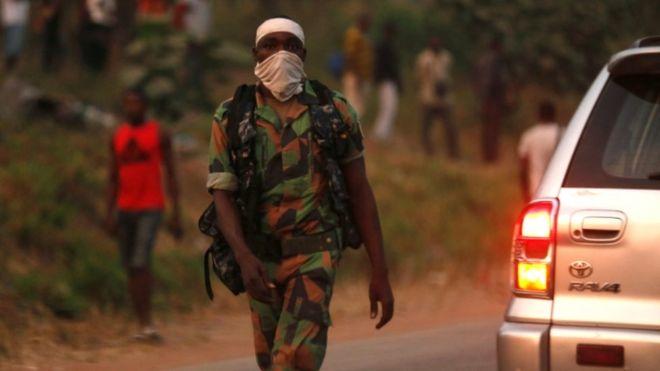 A mutiny by Ivory Coast soldiers over pay has spread to the commercial capital Abidjan, with soldiers taking over the country's army headquarters.

They fired in the air as they took control of the base in the city's Plateau district. The mutiny began on Friday in the central city of Bouake.

It then spread to a number of military camps around the country.
Defence Minister Alain-Richard Donwahi has gone to Bouake to discuss the protesters' demands.
An MP in the city said the soldiers wanted $8,000 and a house each.

Some of the mutineers are thought to be former rebels who joined the army after the conflict. The rebels were based in Bouake.
On Saturday army mutinying soldiers took over the military HQ in Plateau after army chiefs had already fled