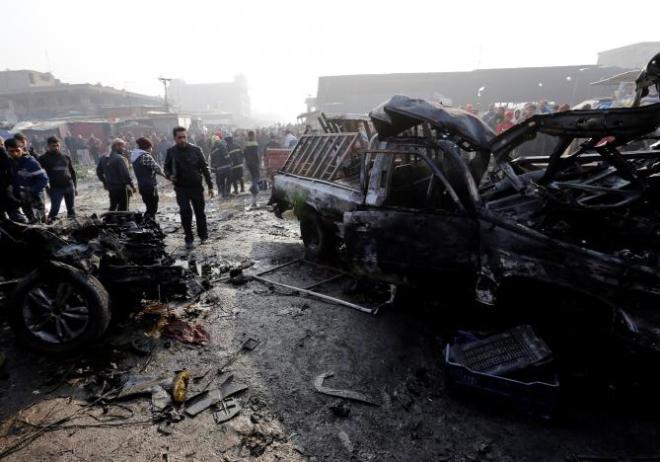 A suicide bomber blew himself up in a crowded marketplace in eastern Baghdad on Sunday, killing at least seven people and wounding over a dozen others, police and medical sources said.

Axar.az reports that, the attack in the mainly Shi'ite district of Baladiyat was the second bomb attack to hit the Iraqi capital on Sunday. A suicide car bomb claimed by Islamic State at another market killed 13 people earlier in the day.