Yildirim: The communities' confidence is not enough 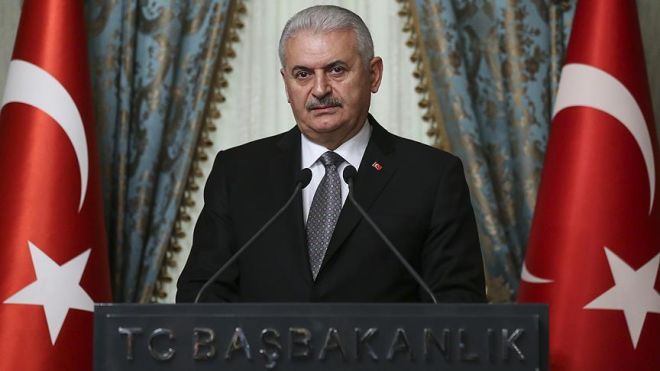 Turkey’s prime minister said Tuesday there should be a “fair and equal” outcome to ongoing Cyprus reunification talks in Switzerland.

Axar.az reports that, Binali Yildirim made the comment while addressing the 9th Ambassadors’ Conference in Turkey’s capital, Ankara.

"The communities' confidence in each other is not enough; all [procedures] should be guaranteed," Yildirim said.

He said the reunification talks should "establish a fair and permanent peace," between the two sides and added that Turkey, as the guarantor of Turkish Cypriots, had always contributed to the process and "will continue to do so."

Referring to a UN-brokered peace deal which was approved by Turkish Cypriots in 2004 but rejected by Greek Cypriot voters, Yildirim said: "Do not do the same thing this time."

His remarks came a day after the Cyprus talks resumed at the United Nations in Geneva with the participation of the Turkish Cypriot President Mustafa Akinci, Greek Cypriot leader Nicos Anastasiades plus their delegations.