US might not shoot down Korean ICBM, eying intel 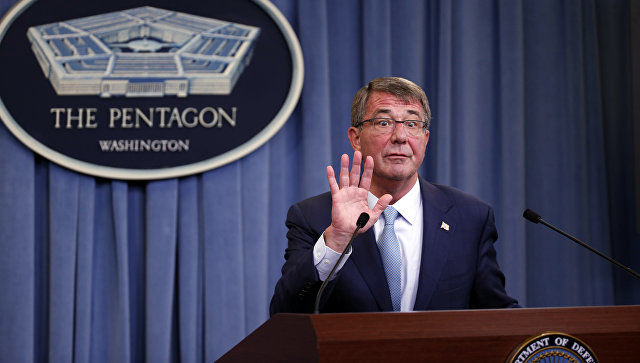 The U.S. military might monitor a North Korean intercontinental ballistic missile test and gather intelligence rather than destroy it, as long as the launch did not pose a threat, Defense Secretary Ash Carter said.

North Korea declared on Sunday it could test-launch an ICBM at any time from any location set by leader Kim Jong Un, saying a hostile U.S. policy was to blame for its arms development.

"If the missile is threatening, it will be intercepted. If it's not threatening, we won't necessarily do so," Carter said in his final news briefing before President Barack Obama's administration leaves office on Jan. 20.

"Because it may be more to our advantage to, first of all, save our interceptor inventory, and, second, to gather intelligence from the flight, rather than do that (intercept the ICBM) when it's not threatening."

The top U.S. military officer, Marine General Joseph Dunford, who will stay in his role as chairman of the Joint Chiefs of Staff, concurred with Carter at the event but did not enter into specifics. Carter's language left open the possibility of U.S. military action in any scenario.

Carter's remarks came just over a week after U.S. President-elect Donald Trump vowed that North Korea would never fulfill its threat to test an ICBM. Trump said in a Jan. 2 tweet: "It won't happen!"

Preventing an ICBM test is far easier said than done, and Trump has given no indication of how he might roll back North Korea's weapons programs after he takes office, something successive U.S. administrations, both Democratic and Republican, have failed to do.

A 2016 assessment released by the Pentagon's weapons testing office on Tuesday said that U.S. ground-based interceptors meant to knock out any incoming ICBM still had low reliability, giving the system itself a limited capability of shielding the United States.

Former U.S. officials and other experts have said the United States essentially had two options when it came to trying to curb North Korea's fast-expanding nuclear and missile programs - negotiate or take military action.

Neither path offers certain success and the military option is fraught with huge dangers, especially for Japan and South Korea, U.S. allies in close proximity to North Korea.

U.S. Secretary of State John Kerry warned the situation risked getting dangerous "and it’s getting close to it right now."

"Because if he persists (on an ICBM)... it more immediately drags the United States into an immediate threat situation, to which we then may have to find other ways or more forceful ways of having an impact on the choices that he is making," Kerry said at the U.S. Naval Academy.