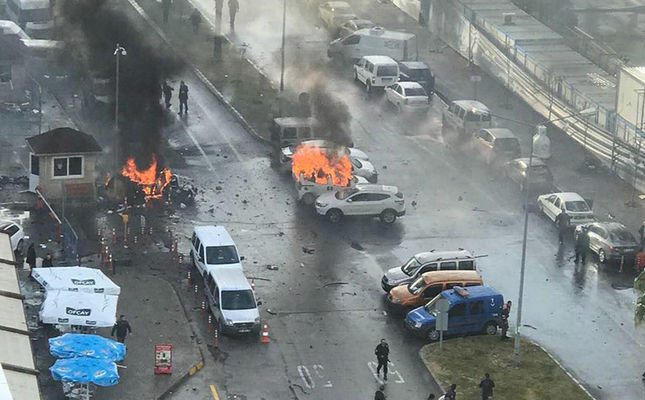 PKK's splinter group the Kurdistan Freedom Falcons (TAK) has claimed responsibility for the Jan. 5 attack in the western city of Izmir which targeted a courthouse.

Quoted by a news agency with links to the PKK, the terrorist group identified two members killed in the attack as Mustafa Çoban and Enes Yıldırım.

TAK is known to claim PKK terrorist attacks perpetrated in urban centers, against the civilian population.

The group also claimed the twin bombings which hit Istanbul's Maçka Park on Dec. 9, 2016, leaving 48 people dead, and the car bombing against off-duty soldiers in the Central Anatolian province of Kayseri on Dec. 17, 2016, which killed 14 people.

The PKK, which is also listed as a terrorist organization by the U.S. and the EU, resumed its 30-year armed campaign against the Turkish state in July 2015.