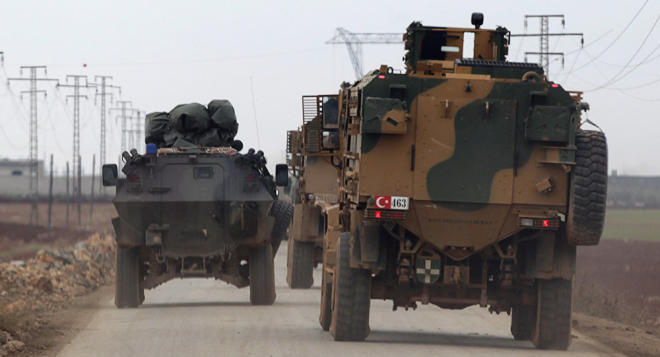 11 Daesh militants were killed by the Turkish Armed Forces in the ground clashes over the past 24 hours as part of the Euphrates Shield operation in northern Syria, according to local media.

Axar.az reports that, the Turkish Armed Forces have eliminated 11 Islamic State (ISIL or Daesh) jihadist group militants over the past 24 hours as part of the Euphrates Shield operation in northern Syria, local media reported, citing Turkish General Staff. All 11 militants have been killed in the ground clashes, the Anadolu news agency reported Wednesday, adding that 12 Daesh targets were destroyed.

The militants have been eliminated as the part of the offensive to liberate the Daesh-held city of al-Bab. On August 24, the Turkish army launched Operation Euphrates Shield against militants of the Daesh group, which is outlawed in Russia and many other countries. Turkish forces, with assistance from Syrian opposition fighters, occupied the city of Jarabulus in northern Syria and are currently conducting its offensive on al-Bab. Turkish President Recep Tayyip Erdogan has said that the aim of the operation is to clear the region of terrorists and make it a safety zone for refugees.

The operation has been widely criticized both by the Syrian Kurds and Damascus, who have accused Ankara of violating Syria's territorial integrity.