US tanks and troops in Poland a threat 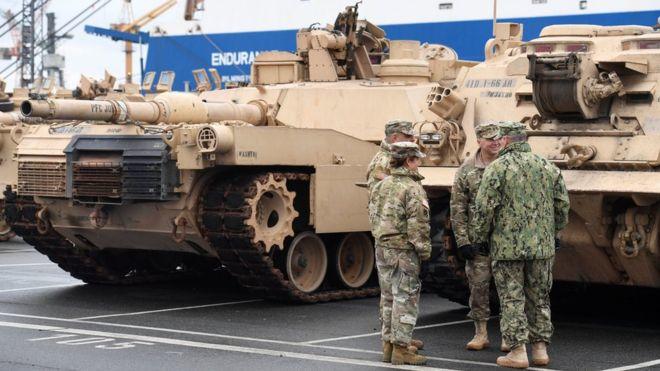 Russia says it views the arrival of more than 3,000 US soldiers in Poland as a threat to its own security.
The troops are part of President Barack Obama's response to reassure Nato allies concerned about a more aggressive Russia.

Axar.az reports that, it is the largest US military reinforcement of Europe in decades.

President Vladimir Putin's spokesman Dmitry Peskov told the BBC that the move "threatens our interests and our security".
"It's a third country that is building up its military presence on our borders in Europe," he said. "It isn't even a European country."
Russian Deputy Foreign Minister Alexei Mechkov called the deployment a "factor destabilising European security".

Poland's Undersecretary of State for Defence Tomasz Szatkowski said the deployment was necessary because of Russia's "large exercises" next to its border and its "aggressive actions in our vicinity - I mean Ukraine and the illegal annexation of Crimea".