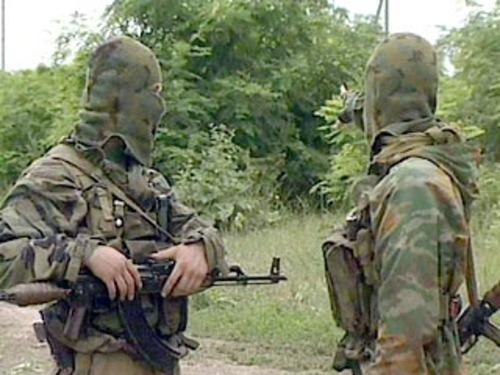 Two militants, according to preliminary information, were killed in a special operation in Dagestan's Vpered village near Kizlyar, a source at the republic's law enforcement authorities told.

Axar.az reports that, "The preliminary information is that during a fight two militants were killed," the source said. "Search in the house still continues, more details are to follow."
According to the source, the killed were identified as members of the Khasavyurt subversive-terrorist group.
The anti-terrorist security alert regime was announced on Saturday morning. A source at the republic’s law enforcement authorities told then the forces had blocked a house, in which militants were sheltering, and a special operation began.