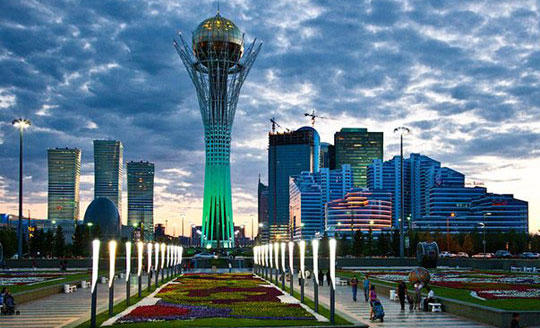 Axar.az reports that, the delegations from Russia, Turkey and Iran as well as UN's Special Envoy for Syria Staffan de Mistura have already arrived at Astana.

"I can confirm to you: the delegation of the [Syrian] opposition is already in Astana," Jainakov told RIA Novosti.

The foreign ministry spokesman added that the Syrian government's delegation would arrive later.
The Syrian opposition groups agreed to attend the talks brokered by Russia, Turkey and Iran as an attempt to end the six-year civil war in the country, which sees government forces fighting against a number of opposition and terrorist groups, including the Islamic State, which is banned in Russia and many other countries.

The talks will begin on Monday.