11 IS terrorists killed in northern Syria 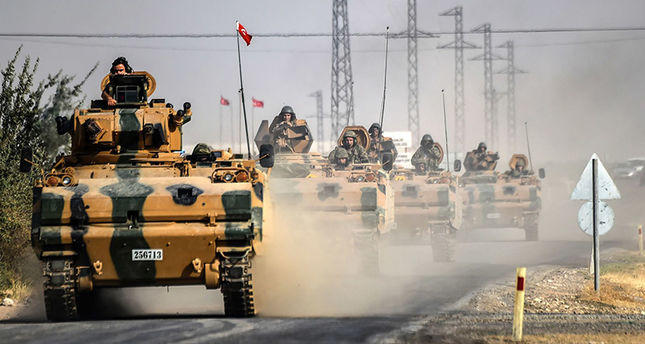 Total of 11 IS terrorists have been killed, while two others were wounded, said the Turkish military in a statement released on Sunday about the ongoing Operation Euphrates Shield conducted in northern Syria against terrorist groups.

The statement said the Turkish forces were backing the ongoing operation of Free Syrian Army (FSA) units which left 11 IS terrorists dead, while two other terrorists were reported wounded.

"[A total of] 165 IS terror targets, including hideouts, defensive positions, command control facilities, weapons and vehicles were hit during the day," the release also said, referring to the bombardments carried out by land and air.