Le Pen: The EU is dead 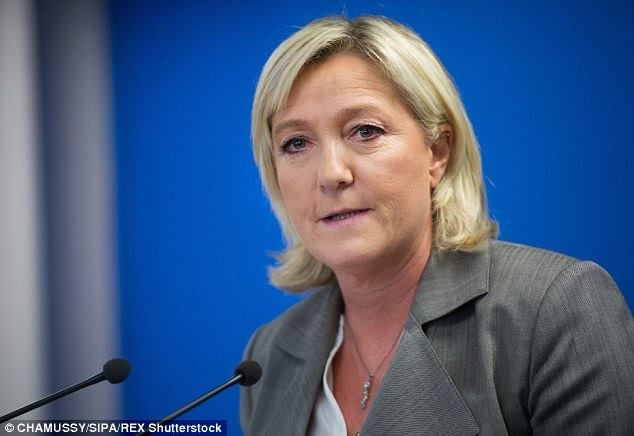 Axar.az reports that, the European Union is a failed project and if Brussels wants France to stay it need to give Paris a series of concessions, Front National leader Marine Le Pen told the German newspaper Bild am Sonntag.

"The European Union is dead, but it still hasn't realized that. It has failed on all fronts: economic (growth is very slow), social (poverty is rising and unemployment is too high) and security (the EU is not able to protect its borders, and can't protect us from Islamist terrorism)," Le Pen said.

"If an experiment fails so miserably, it is finished," she declared.

Le Pen, who is leading in opinion polls about France's upcoming presidential elections, said that if she is elected president, she will demand a range of concessions from Brussels in return for France staying in the bloc.

"I demand from the European Union the return of independence in four areas: (our) borders, currency, economy and legislature, — the Front National leader explained.

Le Pen also hailed the election of Donald Trump as US President. She said his election signifies "the end of the old world which was ruled by the market, a world in which nations were to be sacrificed to neoliberalism, and disappear. The great return to the nation and the people begins here," she said.

In French regional elections in December 2015, Front National won a 27 percent share of the vote, and the latest opinion polls show that Le Pen is currently the favored candidate for this April's presidential elections.