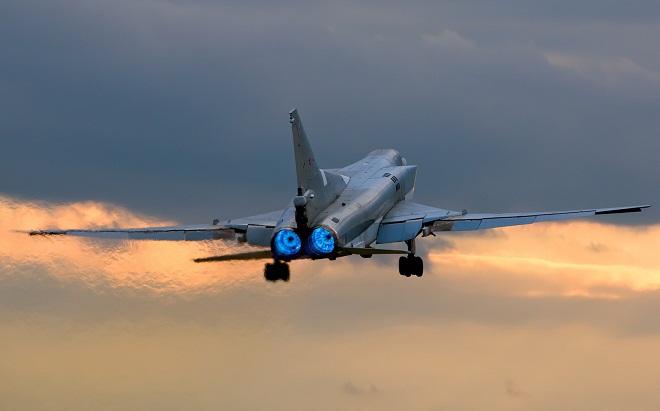 Axar.az reports that, the Russian Defense Ministry said that the Tu-22M3 long-range bombers took off from an airfield in Russia and flew over the territory of Iraq and Iran.

"On January 23, 2017, six long-range Tu-22M3 bombers that took off from a Russian airfield and flew over Iraq and Iran carried out airstrikes on IS's command posts, arms and ammunition depots near Deir Ez-Zor populated area."

The ministry added that all targets have been destroyed. "Su-30SM and Su-35S provided air cover to the Russian bombers from the Hmeymim airbase."

After successfully completing their combat mission in Syria, the Russian jets returned to Russia.