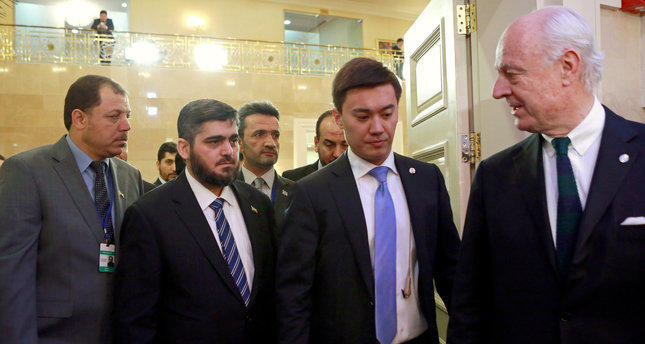 Axar.az reports that, the talks had been billed as the first time armed opposition groups would negotiate directly with Bashar al-Assad's regime since the conflict erupted in 2011.

"If the negotiations succeed, then we are with the negotiations," opposition spokesman Osama Abu Zeid said. "If they don't succeed, unfortunately we'll have no choice but to continue fighting."

The opposition members' announcement came as Russia's defense ministry said its warplanes had bombed the Islamic State group in the area around Deir Ezzor in eastern Syria, where regime forces have been fighting the jihadists.

Opposition spokesman Yehya al-Aridi said the opposition backed out of the first round of direct talks in Astana because of the regime's continued bombardment and attacks on a flashpoint area near Damascus.